Britain to delay some post-Brexit border controls due to Covid 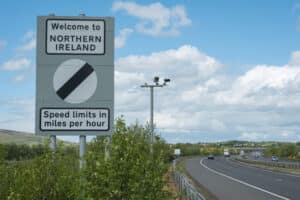 Brexit controls on food and animal products that were due to come into effect in January are being postponed until July 2022 because of the potential impact on businesses, the British government has announced.

It is also delaying paperwork required from 1 October for imports of food and animal products including dairy, eggs, honey and composite products such as lasagne and pepperoni pizza.

Despite pleas from the National Farmers’ Union and the Food and Drink Federation that such postponement would give European exporters a commercial advantage over British firms, the government decided that it had no choice because of “pressures on global supply chains”.

In a written ministerial statement, Penny Mordaunt, the paymaster general, said: “The pandemic has had longer-lasting impacts on businesses, both in the UK and in the European Union, than many observers expected in March.

“There are also pressures on global supply chains, caused by a wide range of factors including the pandemic and the increased costs of global freight transport. These pressures are being especially felt in the agrifood sector.

“In these circumstances, the government has decided to delay further some elements of the new controls, especially those relating to sanitary and phytosanitary (SPS) goods.”

The move means Britain has been given a de facto transition period to bed in the controls agreed under the Brexit deal with the EU.

Signs that the government might have to delay the physical checks on food and animal products coming in from the EU emerged in the summer when the officials told angry residents in Dover that plans for a giant lorry park for HMRC and sanitary and phytosanitary (SPS) checks had been radically downsized and would not be ready until July 2022.

The government’s lack of planning for Brexit meant the necessary infrastructure involving border control posts in key ferry ports including Holyhead, Pembrokeshire and Dover has yet to be built.

Monday’s announcement confirmed that “pre-notification of agri-food imports” to the Department of Environment, Food and Rural Affairs, which were due to come into force on 1 October, would be put back to January.

Business leaders including the NFU said delaying the new trade barriers would not solve the food shortages in the supermarkets as this was the result of a chronic lack of lorry drivers.

The Food and Drink Federation said all the big supermarkets importing fruit and vegetables from the continent were already prepared for the paperwork.

Ian Wright, the FDF chief executive, said that not only did the “repeated failure to implement full UK border controls … undermine trust and confidence among businesses but … it actually helps UK’s competitors”.

UK exporters have been saddled with red tape, extra checks and costs since Brexit with all border controls being implemented by the EU in January while EU exporters face near frictionless trade into the UK.

Logistics UK, which represents freight owners including supermarkets, said: “This second change of plan for import controls would add to the uncertainty”.

There is concern in Brussels at what some say is the belligerent tone taken by Lord Frost over Northern Ireland, with EU officials particularly keen to avoid the issue becoming a political football during the British party conference season.

Maroš Šefčovič, the European commissioner overseeing Brexit issues, told MEPs in a private meeting on Monday that the EU would present new proposals as part of a “substantial package towards the end of September or the second week of October, after the Tory conference”.

Šefčovič said the EU would focus on the problems being faced by individuals and businesses in Northern Ireland rather than the UK’s specific demands in a recent command paper. He added that he could see solutions to some of the problems, including the issues of customs paperwork and checks on meat and dairy products, known as sanitary and phytosanitary (SPS) measures. But he added that recent comments from Frost suggested it may not be sufficient to avoid a fresh crisis over the withdrawal agreement and arrangements for Northern Ireland.

According to sources, Šefčovič told MEPs: “If we do have creativity in the UK we can solve the SPS. A Swiss deal would solve it overnight – but this is not good enough for the UK.

“We are asking them how they can guarantee that goods going into Northern Ireland from Great Britain will stay there. We are looking at what we can do with traceability. Likewise with the customs regime we are looking at how to reduce barriers. We can find some technical solutions – but I don’t know if they are enough.”

“The gap between our sides is significant,” he added. “To create a calm space, we decided not to react to the ministerial statement last week. Infringements [legal action] will not be launched, but we didn’t say this was indefinite.”

Read more:
Britain to delay some post-Brexit border controls due to Covid