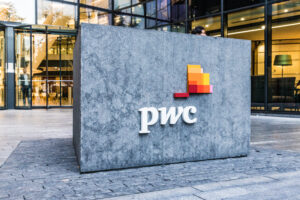 PwC has revealed that fewer than a fifth of its staff come from a working-class background — and they are typically paid 12 per cent less than colleagues.

The accounting firm, disclosing the figures for the first time, said that 14 per cent of its 21,000 employees in Britain come from a lower socioeconomic background, which was defined as having the parent who earned the most working in a routine, manual, craft or service occupation.

PwC published the statistics after 80 per cent of staff shared details of their highest-earning parent’s occupation. Kevin Ellis, chairman and senior partner of PwC in the UK, said: “The pandemic has highlighted, and in many cases increased, the inequalities existing within our society, so we believe now is the right time to expand on the data we collect and publish.

“Improving access to opportunity and striving towards a society where a person’s career is based on their potential and not their background remains a priority for PwC, and for me personally.”

Its annual report also showed revenue rising by 2 per cent to £4.4 billion in the year to the end of June. Distributable profit per partner rose 26.7 per cent to £868,000. Ellis was paid £4.4 million, up from £3.4 million a year earlier. The pay ratio between the chairman and the median PwC employee rose to 82:1 from 63:1 a year earlier.

PwC said it had an action plan in place to increase social mobility through the recruitment, development and progression of its employees. The firm measured its disability pay gap for the first time and found that disabled staff are typically paid 16.8 per cent less than their colleagues.

Gender and ethnicity pay gaps are closing. The median gender pay gap, including partners, was 10 per cent, down from 11.6 per cent last year.

The ethnicity pay gap has closed at -0.3 per cent, compared with 3.5 per cent a year earlier.

PwC’s disclosure comes a week after rival accounting firm KPMG said it was aiming for 29 per cent of its partners and directors to come from a working-class background by 2030.

Read more:
PwC reveals its working-class staff are paid 12% less than their peers