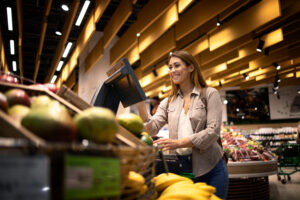 Pounds and ounces are set to return to shops and market stalls across the UK in a symbolic post-Brexit victory for the Government as it sets about cutting EU directives.

Ministers have announced a major review of all EU laws automatically kept on the statute book since Britain exited Europe.

Brussels-made legislation will be “improved or repealed if it is judged not to benefit the British people”, a Government press release said.

The freshest exclusives and sharpest analysis, curated for your inbox

The plans mean that subject to a review, it will once again be legal for market stalls, shops and supermarkets to sell goods using the imperial weights and measures system.

In its “Brexit Opportunities” document released on Thursday, the Cabinet Office said: “We will review the EU ban on markings and sales in imperial units and legislate in due course.”

Pubs will also be allowed to sell pints in glasses printed with the Crown Stamp, which were also banned under EU rules. The Crown Stamp, used to show drinkers their glass was an accurate measurement, had been printed on glasses for centuries. It was replaced with the EU’s CE mark in 2007.

“We will remove the EU-derived prohibition on printing the Crown Stamp on pint glasses and allowing publicans and restaurants to voluntarily embrace this important symbol on their glassware, should they choose to do so”, the document states.

Current law states traders must use metric measurements such as grams, kilograms, millilitres and litres when selling packaged or loose goods in England, Scotland or Wales.

It is still legal to price goods in pounds and ounces but they have to be displayed alongside the price in grams and kilograms.

The single market rules were designed to standardise weights and measures throughout the continent. Although the UK never went fully metric with units like pints and miles remaining in place.

“We now have the opportunity to do things differently and ensure that Brexit freedoms are used to help businesses and citizens get on and succeed.

“Today’s announcement is just the beginning. The Government will go further and faster to create a competitive, high-standards regulatory environment which supports innovation and growth across the UK as we build back better from the pandemic.”

Regulations were introduced in 1994 requiring goods to be weighed in metric and have long been a flashpoint for anti-EU campaigners.

They met strong opposition from some traders, with the Metric Martyrs group campaigning for the right to choose which unit of measurement to use.

In 2001 Sunderland greengrocer Steve Thoburn was convicted of two offences breaching the Weights and Measures Act after being caught by trading standards officers who went undercover to buy 34ps worth of bananas he weighed in Imperial measures.

The case fuelled anti-EU sentiment and Boris Johnson wrote about it when editor of The Spectator. When he became Prime Minister in 2019, he pledged: “We will bring back that ancient liberty. People understand what a pound of apples is. There will be an era of generosity and tolerance towards traditional measurements.”

Read more:
Pounds and ounces to return to UK shops after Brexit as Government sets about cutting EU rules