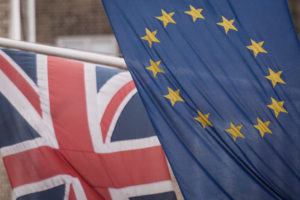 After the new law was passed and the United Kingdom left the European Union, British citizens experienced a number of changes that still affect them today.

In this sense, and referring to one of the negative points that Brexit has brought with it, it is true that a part of the society most affected by this new legislation has been the one that has properties outside the UK, for example in Spain.

Therefore, the concern has been increasing and there are several English Speaking lawyers specialized in Spanish Law, who claim that their clients have seen how the taxes to be paid in Spain have increased considerably.

The main people affected are British citizens who do not live in Spain but rent a property in the country, as they will no longer be able to deduct expenses from their income tax return once they become non-EU citizens. Specifically, the measure refers to the IRNR (Non-Resident Income Tax), which for EU residents is 19% on net income and for non-EU citizens is 24%.

There is still a lot of bewilderment among people who, having a second residence in Spain and wanting to make a profit must now pay high amounts of money after the Brexit law will be decreed. Furthermore, British owners of second homes who are not official residents in Spain after December 31, 2020 are already treated in the same way as Americans, Chinese, Russians and any other third country owner who does not have tax residence in an EU country.

Spain has always been one of the favourite places for foreigners, especially for the British given its proximity to Spanish territory. It is true that there are many Britons who decide to reside in Spain for a longer period than just a vacation, especially after the Brexit law was implemented. Obtaining a residence permit for a period of time, i.e. applying for a Golden Visa, has become increasingly popular and at the same time represents an investment for Spain.

This measure, after the pandemic and the Brexit, has become the preferred option for most international clients who turn to their lawyers to carry out this type of legal process. And one of the positive points of this residence permit is that it is not only suitable for the investor, but also for his immediate family.

If you find yourself in a similar case and need legal advice, it is best to turn to lawyers specialized in Spanish law, and with whom you can communicate in your own language, to guide you throughout the process, especially in the aspect that refers to the Spanish taxes in general, a topic that increasingly arouses more concern, but which in turn many ignore its impact. Everything depends on the personal situation of each one, and that is why it is of the utmost importance to be well informed to know which path to follow, which direction to take and how to act taking into account the above mentioned.