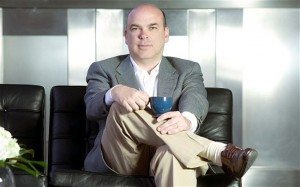 A final decision on extraditing one of Britain’s best known technology entrepreneurs to face fraud charges in America has been delayed.

The Home Office had been expected to make a decision this week on sending Mike Lynch for trial in the United States but said today that it had asked for a seven-day extension.

Priti Patel, the home secretary, has come under pressure from some back benchers to over-rule the extradition decision. Boris Johnson’s visit to the US this week has made the decision politically sensitive.

The announcement that the decision had been delayed was made less than 24 hours after the family of Harry Dunn, the motorcyclist allegedly killed by Anne Sacoolas, a US citizen, reached agreement on a civil damages claim. A Home Office attempt to extradite Sacoolas to the UK to face charges of death by dangerous driving was rejected by the State Department in January last year.

In July Judge Michael Snow of Westminster magistrates court ruled that Lynch could be sent to the US to face 17 charges of fraud over the $11 billion sale of Autonomy, the software developer.

Lynch, who built Autonomy into one of Britain’s biggest software businesses, sold it to Hewlett-Packard in 2011, but faces accusations he flattered the accounts to extract a better price for the business.

If found guilty, the billionaire could spend more than 20 years in prison.

A Home Office spokesman said: “Extensions for making a decision on any given case can be made under the Extradition Act 2003. The home secretary is giving full consideration to the relevant issues raised in this case.”

Lynch has been fighting the US extradition request since 2018, but Judge Snow dismissed his challenge, ruling that the request met the legal criteria for extradition and was not an abuse of process.

A ruling in a separate civil case brought by HP against Lynch, suing him for $5 billion in damages, is not expected for several months. Lynch has argued the extradition decision should at least wait until after that case is concluded.

When HP bought Autonomy, it was considered one of Britain’s most successful technology companies. A year later, HP wrote off $8.8 billion of the value of the acquisition, blaming an alleged accounting fraud for $5 billion of the impairment. Lynch, 56, has denied the accusations.

Lynch’s case is seen as a test of British judges’ willingness to uphold extradition requests from the US government. Campaigners for a reform of the extradition treaty with the US have rallied around the Autonomy founder.

David Davis, the former Brexit secretary, wrote on Twitter that the decision was an “outrage”, adding: “A judge in a British court has [sent] a British businessman into the hands of the US courts at the say-so of American prosecutors”.

Some MPs have pointed to the different treatment of Sacoolas, who had diplomatic immunity asserted on her behalf, and Lynch.

Section 99(4) of the Extradition Act 2003 allows for permission to be sought for an extension on any given case.

Charlotte Charles, the mother of Harry Dunn, who was 19 when he died, said she was still confident criminal proceedings would be brought against Sacoolas.

The case was discussed by Johnson and President Biden yesterday. The prime minister said that Biden was “personally trying to move things along”.