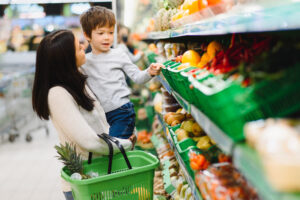 Public sector net borrowing was £20.5 billion in August, down £5.5 billion on last year, the Office for National Statistics said, but above the £15.6 billion that economists had expected.

A sharper fall in borrowing had been expected as the economy opened up, more workers came off furlough and tax receipts recovered. Rising inflation ended those hopes, as debt interest payments increased by £2.9 billion to £6.3 billion, the highest ever for August.

For the first five months of the year, debt servicing costs rose by a total of £10.7 billion to £27.6 billion and the ONS warned that worse was to come. “The recent high levels in debt interest payments are largely a result of movements in the retail prices index to which index-linked gilts are pegged,” it said.

RPI inflation jumped in August to 4.8 per cent, a decade high, but the monthly debt servicing cost was based on the average of RPI between May and June, when it was lower. Economists expect RPI to reach about 5.5 per cent by the end of the year.

Samuel Tombs, UK economist at Pantheon Macroeconomics, said debt interest costs are likely to be £13.5 billion higher than the Office for Budget Responsibility, the government’s fiscal watchdog, predicted in March.

Despite the sharp rise in debt servicing costs, the public finances were stronger for the first five months of the year than the OBR forecast at the March budget. For the financial year-to-date, borrowing was £93.8 billion, £31.8 billion below forecast.

The better-than-expected receipts reflect stronger income tax, VAT and corporation tax revenues and a big reduction in pandemic support schemes. Furlough and self-employed support cost £4.5 billion in August, compared with the same month the previous year, and £34 billion less in the year to date.