Uk-Canada Relations in the Prism of Present Era 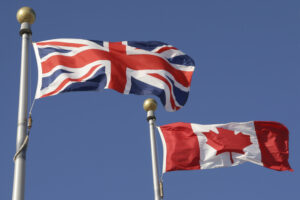 Canada and the United Kingdom share a longstanding history of collaboration, cooperation, and assistance for each other under the rule of shared sovereign Her Majesty Queen Elizabeth II.

The formal relation between the two roots back to 1867 when the Canadian Confederation federated North American British Crown Colonies. After this year, the story of Canadian evaluation towards becoming a complete sovereign state started.

In the present era, both countries are enjoying full swing mutually beneficial bilateral relations. Many Britons visit Canada because of its magical beauty. Some of them practice Canadian Citizenship test to become Canada’s permanent residents. If you are interested in becoming one, dig deep into UK-Canada travel cooperation under the Umbrella of eTA documentation.

Partner in War and Peace

Both of these commonwealth countries are a partner in both war and peace. When the UK fought in the deadliest battle of their history— World War I— Canadians and authorities sided with the United Kingdom. But once the war was over, Canada rethinks of themselves and the losses they bore in this uninvited war. The sacrifices made during the war resulted in domestic tensions in Canada, which ultimately led to a boom in Canadian Nationalism.

Soon, World War II began, France was on the brink of losing— after initial skirmishes— Canada adopted a careful policy but still resided with the United Kingdom.

This led them to become NATO partners along with the USA. Both countries are working closely on many international forums and voicing a single echo on global platforms like G20, G7, Commonwealth, and numerous others. The UK and Canada are collectively striving hard to bring a rise in education, health, gender equality, and other such fundamental rights. Both are potent democracies with prime importance to the rule of law.

This pair is a staunch promoter of free and fair international trade. Let’s take a closer look at their economic relations.

Though not the biggest, both countries enjoy a handsome level of close economic and commercial relations. In 2020, two-way merchandise reached 30.7 billion dollars. Canada receives substantial foreign direct investment from Britons— residing at fourth position globally, following the United States, Luxemburg, and the Netherlands.

In return, the UK is Canada’s second most liked destination for foreign investment. More than 1000 UK firms held and controlled by Canadians. 2017 signed MoU, facilitated cooperation in the technology and innovation sector.

After Brexit, Canada wasted no time in landing a separate agreement with Canada, namely Canada-United Kingdom Trade Continuity Agreement. Though temporary, it would be a textbook for future comprehensive economic and trade agreements between the two countries. This preserves preferential market access based on CETA for both the UK and Canadian businesses.

Both of them are major global partners supporting each other on all major economic and political fronts. Both countries have their own interests, but for a significant period of time, these both have aligned their interests along the same lines. In recent years, Canada and the United Kingdom have laid emphasis on security relationships, including intelligence cooperation, military drills, and law enforcement.

Read more:
Uk-Canada Relations in the Prism of Present Era