Getting to Know You: Saul Mishkin, Founder and CEO of NEX-XOS Worldwide 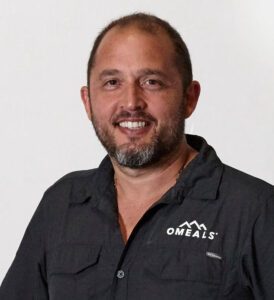 Born and raised in Lima, Peru, Saul Mishkin is a business developer, inventor, father of six, and founder of NEX-XOS Worldwide.

Saul graduated from the prestigious Universidad de Lima with a Bachelor of Science degree in Engineering. While still in school, he founded his first company, Green Leaf, developing it into one of the biggest multi-service landscaping and cleaning companies in all of Peru. Saul Mishkin then set about travelling the world in search of new technologies and equipment for his business, whereupon, through a campaign of extensive networking, he started to act as a Latin American trade representative for some of the companies he was buying supplies from. This phase of his career ignited Saul’s interest in international trade, commerce, and distribution. Later, he applied the knowledge he acquired in his role as a trade official to creating networks in countries across the globe, and in other economic sectors, such as mining, construction, security, and commodities.

Saul Mishkin immigrated to the United States with his family to look for new and exciting business opportunities in 2006. After a period of trial and error, he founded NEX-XOS Worldwide in 2011. The company has since grown into one of the leading shelf-stable food manufacturing and meal kit assembly firms in the United States, with Saul currently serving as the president and chief executive officer. Saul is multilingual, fluent in the languages of Spanish, English, French, and Hebrew.

What do you currently do at your company?

In my role as president and CEO of NEX-XOS, I oversee development and production of all of our products, as well as marketing, sales, and distribution. Additionally, I serve as one of our main client liaisons, so I attend a lot of meetings and take a lot of phone calls in that capacity. Beyond that, though, my larger role is that of a creative thinker. I serve, alongside with some other key members of my team, as one of the company’s primary idea generators. But ultimately, I am accountable for everything.

What was the inspiration behind your business?

The initial inspiration behind NEX-XOS was to manufacture food with a greater purpose. Because the products we make are shelf-stable foods and meal-kits, the majority of our customers are large organizations attempting to find a logistically practical way of feeding large groups of people. They run the gamut from NGOs providing relief to disaster victims to governments feeding military personnel to large school districts providing much-needed nutrition to hungry students. So, in short, the company was founded with a vision of providing large groups of people with one of the most fundamental requirements of life; cost-effective, nourishing, and easily obtainable meals.

What defines your way of doing business?

I think if I had to sum it up in one word, it would be ‘honorable.’ I was raised to believe that a person’s word ought to be ironclad—that if you make an agreement, it is a sacred thing. Of course, it must be sealed with a handshake, and, yes, a legally binding contract because reality is far from ideal, but in my mind, once I give my word to someone, that’s it. The matter is closed and no longer open to negotiation. We agreed and they agreed, and that’s all there is to it. It will now be done. There are some other words I would use to describe our way of doing business. ‘Innovative’ is one. ’Efficient’ is another. ‘Professional’ is yet another. But if I had to choose only one of those, it would be ‘honorable’, without question.

Don’t procrastinate. No good things will come from putting off duties and responsibilities if they can be accomplished right away. For example, when I receive a business-related email, text message, or phone call, I return it immediately. For one thing, in doing so, returning the message will not slip my mind later on. For another thing, it fosters trust with the other party. After receiving  a prompt reply, that person is much more likely to think that I care about their inquiry and that I’m on top of their concerns. It’s a simple but effective key to productivity. Procrastination is not characteristic that lends itself to good business practices. It’s simply not a trait generally possessed by successful entrepreneurs—I honestly can’t think of even one. Also, I believe that particular habit can lead to other, worse habits.

Tell us one long-term goal in your career.

I want to expand the manufacturing capabilities of NEX-XOS Worldwide so that we can feed even more hungry people. Hopefully, within five years, our facilities will be double the size they are now. Ideally, I would like us to eventually have the capacity in place to single-handedly provide food aid to all the victims of a large natural disaster with only a single day of turnaround.

What would you tell your younger self?

I would tell my younger self to read more books, gather more information, and learn more skills. You can never tell when some seemingly obscure bit of information or some ability that you’ve cultivated will come in handy later in life. Perhaps learning to speak a fifth language wouldn’t be a bad idea.

I would also advise the young Saul Mishkin to surround himself only with knowledgeable and commendable people who encourage good habits. So often in life, the prospects of young people are unduly affected by the influences of their friends, whether it be positive or negative. I have had experience with both in the past, but luckily, as time went on, I learned who impacted me for the better and who impacted me for the worse. However, that being said, there is a certain amount of time I misspent as a youth that I would love to have back.

What’s the most valuable lesson you’ve learned through the course of your career?

I think the most valuable lesson I’ve learned so far is this: once you have a good idea, it must be pursued and acted upon. There is nothing quite so simultaneously cheap and valuable as a good idea—but only if it is put into practice. A good idea that is left to wallow in the idea stage is a nice thing, but it is abstract and largely worthless. But a good idea that is properly workshopped, researched, staffed, and translated into action… Well, that is how everything from a successful individual product to a multi-billion dollar corporation is created. Don’t just sit on a good idea—nothing happens that way! Also, not to put too fine a point on it, but you may not be the only person who has thought up that specific idea. If it is left alone for too long, someone else might capitalize on it.

What advice would you give to others aspiring to succeed in your field?

What are some of your favorite things to do outside of work?

First and foremost, I love spending time with my family. Whether it be sharing a big, festive meal or simply spending a night at home watching a movie together, there is no way I would rather use my spare time. I also exercise a good deal. I think it really helps not only my physical condition and endurance, but my mental acuity, as well. It would be pretty difficult to maintain my current schedule of 10-12 hour workdays if I didn’t make sure I was in decent shape.

What are a few influential books you’ve read and/or websites you keep up with that you’d recommend?

The title that leaps immediately to mind is Blue Ocean Strategy by Chan Kim and Reneé Mauborgne. The central concept of the work is that you don’t need to compete in a cutthroat manner in order to succeed in business, or in life generally. The book posits that mentality only leads to destruction, fighting, and a concept the authors term ‘the red ocean’—red representing the spilled blood of all concerned. It’s quite possible to make your competitors irrelevant, but the only way to do that is by discovering what the book calls ‘the blue ocean’, which is a more peaceful and sustainable mode of operation. I highly recommend this book for any entrepreneur or business executive.

Read more:
Getting to Know You: Saul Mishkin, Founder and CEO of NEX-XOS Worldwide