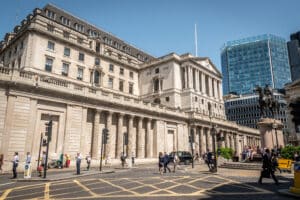 Inflation is rising faster than expected and will last for longer than anticipated, the Bank of England’s new chief economist has said.

Huw Pill told the Commons Treasury select committee that the recent rise in prices would prove to be temporary but the “magnitude and duration of the transient inflation spike is proving greater than expected”.

The Bank of England has already had to raise its forecasts for inflation several times this year in the face of widespread supply chain problems and staff shortages, which are affecting economies around the world as they emerge from lockdown.

Rising energy costs are compounding the problem, and the Bank now believes that inflation will peak above 4 per cent. It says it will start to fall back towards the 2 per cent target only in the second half of next year.

Pill, 53, a former Goldman Sachs chief economist, took over from Andy Haldane as the Bank’s chief economist last month. He voted to keep rates unchanged at the last monetary policy committee meeting but in his first public remarks since joining he seemed to share his predecessor’s concern about the risk of rampant inflation.

“In my view, that balance of risks is currently shifting towards great concerns about the inflation outlook, as the current strength of inflation looks set to prove more long-lasting than originally anticipated,” he said.

Policymakers maintain that the spike will be short-lived and are reluctant to raise interest rates before the economic recovery is assured. However, markets are losing faith in this view and are pricing in a 15-basis-point rate rise from 0.1 per cent to 0.25 per cent by the end of the year. Pill reiterated the Bank’s central view that inflation would eventually come down despite increasing faster than expected.

“Over recent months inflation has surprised to the upside, UK activity data have disappointed somewhat, while the labour market has tightened. This combination has all the hallmarks of an adverse supply shock,” he said in his note to MPs. “As the pandemic recedes and the level and composition of global demand and supply normalise, these inflationary pressures should subside.”

Although interest rates were likely to rise in time, Pill said longer-term structural changes in the global economy meant that the neutral rate of interest — the rate that supports the economy at full employment — would remain low even when the global economy had recovered from the pandemic.

He said: “I do expect interest rates to remain at relatively low levels for the coming years, even as the impact of the Covid-19 pandemic recedes. As macroeconomic circumstances evolve, there may be need to tighten or loosen the stance of monetary policy relative to its current setting. But that adjustment will involve steering Bank rate around a low level of R-star [neutral rate] that is likely to continue for some time.”

There are concerns about how much room for manoeuvre central banks have when rates are already so low. Negative interest rates have increasingly come to the fore and, although the policy has never been tried in the UK, Pill said that negative rates were “both feasible and likely to ease monetary conditions”.