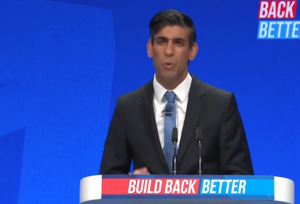 The chancellor is on course to meet his target of balancing the budget by the middle of the decade, much earlier than had been hoped, according to the Institute for Fiscal Studies.

In its latest set of forecasts, the think tank said that the current budget, which relates to day-to-day government spending and excludes investment spending, should return to surplus by the 2023-24 financial year.

That is a considerable improvement on the Office for Budget Responsibility’s March forecast, which said that the current budget would not be in balance by 2025-26. “This is chiefly thanks to the enduring improvement in the forecast for nominal growth,” the IFS said. “This would mean that this year the chancellor could meet the previous fiscal target of forecast current budget balance three years into the future, with some headroom.”

With the budget in surplus, debt would begin to fall, but it would be at 89 per cent of national income in 2025–26, 17 percentage points above its pre-pandemic share.

Although the outlook for the public finances has improved considerably on the back of stronger growth and the £28 billion of tax rises announced by the chancellor in his previous budget, the IFS emphasised that a considerable amount of uncertainty remained about the future.

“If the economy does better than expected, it may even turn out that the £28 billion package of tax rises announced in the March 2021 budget will prove unnecessary for getting the public finances back to current budget surplus from 2023-24 onwards,” the institute said. “If that happens, we can expect the chancellor either to abandon some of his proposed tax increases or to reduce other taxes. But if things go badly, those tax rises could need to be almost tripled for a current budget surplus by 2025-26.”