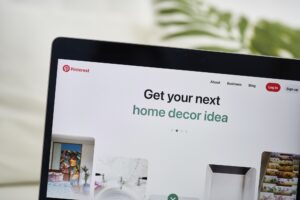 Pinterest was the centre of attention on Wall Street last night after reports that PayPal had offered to buy the popular social media platform for $45 billion.

The giant payments group was said to have discussed a bid of about $70 per share for the image-sharing network, which would represent a 26 per cent premium on Pinterest’s share price on Tuesday evening.

Trading in Pinterest shares was halted temporarily after a sharp rise in their price triggered by news of its discussions with PayPal, first reported by Bloomberg News. Later Reuters, another news agency, said that PayPal had tabled an offer, citing sources familiar with the matter who suggested that it planned to fund the acquisition mostly through stock.

The potential combination of a financial technology multinational taking over a leading social media company raises the prospect of a new force in ecommerce as more people shop online.

Pinterest, which is based in San Francisco, was founded in March 2010 by Ben Silbermann, its chief executive, Evan Sharp and Paul Sciarra. The company was listed in New York in April 2019. Today it has a market value of $36 billion and 2,200 staff worldwide.

Its platform allows users to “pin” pictures on public and private notice boards. Pinterest has more than 450 million monthly active users and is popular among creative professionals, families searching for interior design inspiration and couples preparing for weddings.

PayPal is not the first big technology business to take note. In February it was reported that Microsoft, which already owns LinkedIn, the professional social network, had approached Pinterest about a potential acquisition. Talks were said to have concluded without agreement.

News of PayPal’s bid comes at a time of change for Pinterest. Last week it said that Sharp, 38, who had been working as its chief design and creative officer, would be leaving his full-time role at the company to join LoveFrom, the design agency set up by Sir Jony Ive, an Apple veteran. Sharp’s departure will mean that Silbermann, 39, is the only co-founder still working at the business day-to-day. Sciarra, 40, left in 2012.

PayPal’s headquarters in San Jose, California, are 45 minutes down the road from Pinterest. The company was set up in 1998, initially as Confinity, and built an international network for digital payments said to operate 36,000 transactions every minute. It has 27,700 staff worldwide and a market value of almost $320 billion, having gone public in July 2015. Shares in the business doubled last year as it capitalised on the digital retailing boom unleashed by the pandemic.

PayPal has embarked on a deep-pocketed acquisition spree to diversify its offering and to keep up with younger rivals across the innovative digital transactions industry. It bought iZettle, the Swedish payment devices specialist, for $2.2 billion in 2018, acquired Honey, the price comparison platform, for about $4 billion last year and completed a $2.7 billion deal for Paidy, the Japanese “buy now, pay later” business, this month.

Pinterest’s market value more than tripled last year when there was a sharp rise in activity as people spent more time online during Covid lockdowns. It has fallen back this year as active usage declined in key markets such as the United States as restrictions were eased and as people started venturing out of their homes.

PayPal is scheduled to update investors on its third quarter on November 8. Pinterest has yet to announce the date of its next earnings report.