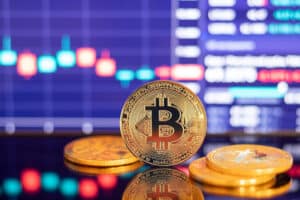 Bitcoin rose an all-time high this morning, riding a wave of renewed momentum and boosted by inflation fears.

The world’s largest cryptocurrency was trading as high as $68,564 in Asia after gaining more than 7 per cent to $66,300 yesterday. Its previous record was $67,017 scaled last month.

Supporters of bitcoin have been buoyed by last month’s long-awaited listing of America’s first exchange-traded fund linked to the cryptocurrency, which bolstered confidence surrounding its future and was seen as another breakthrough on its progress from the fringes of global finance.

Analysts at Jefferies said the launch had brought “the whole crypto asset class into the mainstream”.

The Commonwealth Bank, Australia’s biggest bank, has since said it will offer crypto trading to retail customers through a partnership with Gemini, the US-based exchange, and Singapore has moved to establish itself as a key player for cryptocurrency-related businesses, saying the “best approach is not to clamp down or ban these things”.

However, Andrew Bailey, the Bank of England governor, said yesterday that the rise of crypto assets was helping illegal activity. “The advent of digital means of payment, and in particular crypto assets … is providing another means of payment for people conducting criminal activity,” Bailey said during an online Q&A organised by the Bank.

Bitcoin was created in 2009 as a means of payment for goods and services but to date it has mainly been used in speculative trading. Supporters argue this is on the cusp of changing amid mounting interest from investors and consumers alike. Earlier this year Tesla briefly accepted bitcoin as payment for its vehicles before Elon Musk, its chief executive, suspended the move as a result of environmental concerns. Uber and Twitter have both raised the prospect of accepting the asset as payment and using it to pay some staff.

Ethereum, the world’s second largest cryptocurrency, reached a new all-time high as other digital assets tracked bitcoin higher yesterday. It was trading up 2.6 per cent at $4,727.47.

In recent weeks brokers say that investors have been piling into bitcoin and other assets, such as gold, seen as an inflation hedge. Some seem to have been persuaded by arguments that central banks’ vast stimulus programmes are heightening inflation and risk denting the value of conventional money.

Prominent cryptocurrency supporters were in bullish spirits yesterday. “Bitcoin feels like it’s gonna have a 7 in front of it soon,” tweeted Cameron Winklevoss, co-founder of Gemini.

Bitcoin’s latest rally follows a turbulent year of trading that has underlined the currency’s volatility. It hit record highs in the spring before a sharp pullback, triggered in part by apprehension at its environmental impact: it takes a lot of energy to “mine” new bitcoins using powerful computers.

Policymakers including Janet Yellen, the US Treasury secretary, have expressed concern about its role in illicit financial transactions.

In September, China, once the centre of bitcoin mining, declared all transactions in the country involving crypto to be illegal.