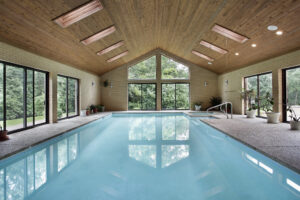 People should pay a form of “ecological taxation” on food and water bills to account for the costs of tackling climate change, waste, obesity and pollution, the head of Natural England said.

Tony Juniper, who runs the government’s advisory body on protecting land, waters, seas, flora and fauna, said consumers needed to see the impact of their dietary and lifestyle choices reflected in the bills they pay to appreciate how costly they are to society.

Juniper, 61, who was director of Friends of the Earth, said wealthy people who cause more waste should pay more through “ecological taxation” to account for it.

“The cost of climate change is going to be catastrophic,” Juniper told The Sunday Telegraph. “It’s going to destroy the economy, potentially – two, three, four degrees of global warming. Is that visible anywhere in a consumer bill?

“The loss of the benefits we get from clean rivers — for angling, for tourism, for public health and wellbeing — where is that in the bill? The mass extinction of animals and plants being principally driven by our food system, where is that?

“What about the public health dimension, in terms of the people suffering from diet-related illnesses that’s costing countries absolute fortunes on their public health services?”

He said there was a “deficiency in the way we do economics” because the high cost of these choices are “basically hidden from the numbers that appear in the prices”.

Juniper said he believed that people would be “willing to pay more” on their bills to help prevent sewage from entering rivers and to keep them clean.

“The people who are paying the bills are also the same people who want to go swimming in the river and to take their kids paddling and go pond-dipping and everything else,” he said, adding that a “multi-millionaire filling up a swimming pool” should pay more for water.

Asked for his views on a meat tax to offset the environmental impact of livestock, Juniper said it was “not necessarily the right instrument”.

He said meat from animals grazed as part of conservation or rewilding projects could be sustainable “compared to meat that’s coming from intensively reared animals in cages that are being fed crops grown on the other side of the world, where the Amazon rainforest has been cut down”.

He added: “That is a very, very different set of ramifications environmentally as some meat is more sustainable.”

Liz Truss, the foreign secretary, said earlier this month: “I wouldn’t support a meat tax. It’s really important that we support our fantastic British farming industry and rather than using the stick to encourage people to become more climate friendly, we use the carrot.”

It has been suggested that a “carbon border tax” could be imposed on imports from countries that fail to take robust action to tackle climate change. George Eustice, the environment secretary, said this could prevent countries from “exporting pollution”.

Read more:
Rich should pay eco-tax to mitigate effect of lifestyle on the planet