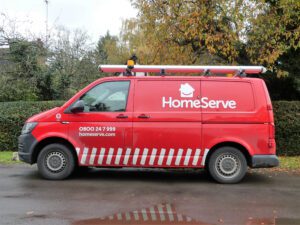 HomeServe, the emergency home repairs group, is gearing up for a big push into the replacing of traditional boilers with heat pumps, as well as providing 15-year loans to finance them.

Richard Harpin, founder and chief executive, said he had high hopes for the new business as he reported an 86 per cent rise in pre-tax profit to £18.9 million for the six months to the end of September.

HomeServe has bought 50 local heating instalment firms in its main markets of Britain, the US and Spain in the past three years and hopes to augment them with 25 further acquisitions each year.

It aims to significantly lift the number of heat pump installations in the UK from the current level of a few hundred a year as householders switch to the less polluting system. It currently installs about 10,000 conventional boilers a year and is retraining its engineers to install heat pumps instead.

HomeServe will also supply finance to householders, offering 15-year loans carrying a rate of interest of between 8 and 9.9 per cent. The government is offering subsidies of £5,000 but the cost of a heat pump plus installation is generally another £10,000 to £14,000.

“This is an exciting opportunity,” Harpin said. “It’s good for the environment and it’s good for HomeServe.”

The shift away from gas-fired boilers is a major part of Britain’s plan to cut emissions. The government has said it wants to see 600,000 conversions per year by 2028. Heat pumps transfer heat energy from the outside air rather than burning gas. There is some scepticism from householders who worry about the prohibitive cost, the slower speed of heating and in some cases the noise.

Robust growth in the US was behind the rise in profits after HomeServe signed up new utilities through which it offers its home repair insurance service. The deals give it access to another 6.1 million US households, boosting its prospective customer base to 72 million. Harpin said a stock market listing in North America, in parallel with London, was “worthy of consideration”.