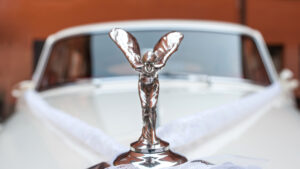 Covid-19 spurred wealthy motorists to buy more Rolls-Royces than ever before because it made them realise life is short, the luxury carmaker has said.

The company’s chief executive, Torsten Müller-Ötvös, said the pandemic had led to customers, whose average age was 43, responding to the reminder of their own mortality by splashing out on luxury cars.

“Many people witnessed people in their community dying from Covid and that made them think life can be short and you’d better live now rather than postpone until a later date,” said Müller-Ötvös.

“That has helped Rolls-Royce.”

He said the carmaker, owned by BMW, had also benefited from the restrictions the pandemic had placed on wealthy consumers’ opportunities to spend their money elsewhere.

“It is very much due to Covid that the entire luxury business is booming worldwide,” he said. “People couldn’t travel a lot, they couldn’t invest a lot into luxury services … and there is quite a lot of money accumulated that is spent on luxury goods.”

He said sales had risen in every part of the world, an unusual trend, with Greater China and the Americas remaining the two biggest markets, each at 30% of sales.

Its first fully electric car, the Spectre, is due to be delivered in 2023 ahead of a move to stop producing combustion engines and go fully electric by 2030.

With the pandemic showing no sign of curbing the spending power of the extremely rich, Rolls-Royce also announced a “coach-built” service that will allow devotees of the marque to design their own car over four years.

This will allow them to purchase “something money normally can’t buy but you can get it with us”, Müller-Ötvös said.

He added that Brexit had caused unnecessary difficulties for Rolls-Royce because of restrictions on staff movement and the administrative burden of exporting, a problem for a carmaker that sends 90% of its British-made vehicles overseas.

“Brexit definitely didn’t make our life in any way easier,” he said.

Any impact on the company’s costs will not show up until it reports full accounts later this year.