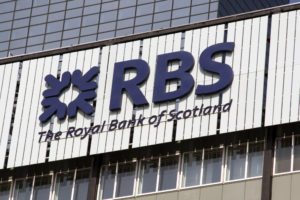 The government has given up control of NatWest a decade and a half after rescuing the bank — then known as Royal Bank of Scotland — during the financial crisis.

The Treasury said it had sold £1.2 billion worth of shares in the bank to NatWest, taking its stake from 50.6 per cent to 48.06 per cent of the bank.

John Glen, the economic secretary to the Treasury, said: “This sale means that the government is no longer the majority owner of NatWest Group and is therefore an important landmark in our plan to return the bank to the private sector.”

NatWest, which changed it name in 2020, acquired the shares at 220.5p, the price at which they closed on Friday.

Alison Rose, chief executive, said: “Reducing government ownership below 50 per cent is an important milestone for NatWest and a further demonstration of the progress we are making”.

The taxpayer injected £45.5 billion of capital into the bank between 2008 and 2009 after it came close to collapse following huge losses on subprime mortgages and the disastrous acquisition of the Dutch bank ABN Amro. It left taxpayers with a stake of more than 80 per cent.

The government said at the time that the bailout of the sector was not an attempt to nationalise the banks, but that they would be sold back “at the right time”.

The Treasury has been selling off its stake in NatWest since 2015. The process has taken longer than the sell-off of Lloyds. The government’s stake in Lloyds Bank, which rose to more than 43 per cent after the financial crash, was totally unwound in 2017.

NatWest is using its existing capital to finance the purchase of the 549,851,147 shares, which represents about 4.91 per cent of the total issued share capital.

Alongside the deal, NatWest will inject £427 million into its main pension scheme.