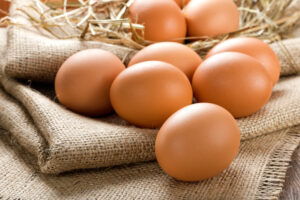 Tesco has committed to use 100 per cent British eggs after signing lengthy contracts with five suppliers.

The supermarket giant signed up its main producers to five year deals this week, against the backdrop of challenging market conditions, rising costs of living and inflation.

It made the announcement as farmers also face supply chain problems, with fluctuating prices for poultry feed, which constitutes 70 per cent of egg and poultry farms’ costs of production.

Tesco also confirmed it will carry on with its poultry feed model, which promotes dialogue between the company and its suppliers. The model protects suppliers from shocks and offers security when buying feed.

“Taken together with our well-established feed model, we hope we can provide the industry with some confidence and protection during these uncertain times.”

It was also praised by the British Egg Industry Council’s chief executive Mark Williams, who said it was “encouraging” Tesco was taking a “long-term and sustainable approach to its egg supplier relationships at a very challenging time.”

Read more:
Tesco agrees to use 100 per cent British eggs for next five years