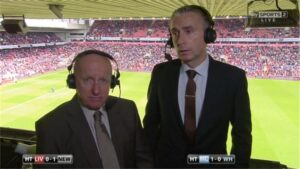 Sky Sports presenter, Alan Parry, has had his appeal against a £356,420.37 IR35 tax bill dismissed at a First-Tier Tax Tribunal hearing.

Parry was contesting that the contracts his limited company (Alan Parry Productions Limited) held with BSkyB between tax years 2013/14 to 2018/19 reflected an employment relationship, rather than self-employment.

But due to the Judge taking the view that Mutuality of Obligation (MOO) existed between Parry and Sky, with the presenter also said to have worked under the control of the broadcaster, it was decided that the engagement belonged inside IR35.

Qdos CEO, Seb Maley commented: “The sums alone in this case highlight the staggering cost of getting IR35 wrong. After Eamon Holmes, Gary Lineker, Lorraine Kelly and several others, Alan Parry is the latest in a long line of high-profile presenters caught up in IR35 cases with huge tax liabilities. It makes you wonder who HMRC will target next.

“Whichever way you look at it, the £356,000 tax bill handed to Parry is a firm reminder of the importance of IR35 compliance – something that contractors and businesses must prioritise.

“Digging into the details, it seems that the contracts held between Parry and Sky didn’t necessarily reflect the reality of the engagement, which HMRC will likely pay close attention to in the event of an IR35 investigation.”