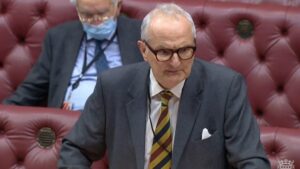 Almost a fifth of a million small businesses have fallen into arrears on their bounceback loan repayments, far more than the number officially published.

A Freedom of Information request to the British Business Bank, the state-run body administering the bounceback scheme, has uncovered a figure of 193,000 firms that have failed to meet their repayment terms as at June 27.

That is about one in eight of the 1.5 million small businesses encouraged to take part in the scheme, the centrepiece of Rishi Sunak’s plan to help smaller firms during the depths of the pandemic when he was chancellor.

It compares with the most up to date official number from BBB of 106,000 bounceback borrowers in arrears as at September 30 2021. It said then that the “overwhelming majority of businesses” were meeting monthly repayments.

It is not clear from the new numbers how much of the arrears is due to fraud and how much due to bona fide borrowers getting into difficulties and struggling to make scheduled repayments.

Of those in arrears, 151,000 are behind by more than 90 days in making repayments, which is normally considered the benchmark for being in serious financial distress. They owe an outstanding £4.5 billion.

The new data is a fresh setback for the bounceback scheme, which has come under fire because of the scale of suspected fraudulent activity. Lord Agnew of Oulton (pictured) resigned from the government in January over what he called the “cack-handed implementation and catastrophic follow-through” of the scheme by the BBB and the business department.

Under the huge £47 billion scheme, loans of between £2,000 and £50,000 were made from May 2020 to March 2021 with only minimal checks on the borrowers. The six-year loans at 2.5 per cent interest were extended by the high street banks and other accredited lenders, but the risk of default stayed with the taxpayer. Lenders are guaranteed to get their money back. Borrowers only had to start making repayments after the first 12 months, and this was then extended by another six months in some cases under the connected Help To Grow scheme.

The government has estimated that £4.9 billion of bounceback loans may be lost to fraud amid widespread reports of dishonest applicants feeding a drug habit or in some cases trying to flee the country with suitcases full of taxpayer cash. One estimate is that up to £17 billion will never be paid back.

Anti-fraud measures were described as “inadequate” by the spending watchdog the National Audit Office, which noted that the authorities only introduced measures to prevent multiple applications a month after the scheme was launched. Ministers said speed was of the essence to prevent mass business failure.

Todd Davison, managing director of Purbeck Personal Guarantee Insurance, which made the Freedom of Information request, said: “The ease with which business owners and directors were able to secure bounceback loans may have come back to bite the UK government, which is now facing the prospect of close to £5.5 billion lost to the scheme in arrears, fees and interest.

A BBB spokesperson said: “Over 85 per cent of facilities provided across the three Covid loan schemes [bounceback; the coronavirus business interruption loan scheme known as CBILS; and a scheme for larger companies called CLBILS] have either been fully repaid or are meeting monthly payments as scheduled, as at end of March 2022.

“If borrowers have concerns about being able to repay their bounceback loan, they should approach their lender in the first instance to explore the pay as you grow options available under the scheme, or alternative arrangements where appropriate.”

More up to date arrears figures are due from the BBB in the next month.