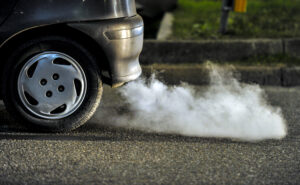 The high court has ordered the government to outline exactly how its net zero policies will achieve emissions targets, after a legal challenge from environmental groups.

Friends of the Earth, ClientEarth and the Good Law Project had all taken legal action over the government’s flagship climate change strategy, arguing it had illegally failed to include the policies it needed to deliver the promised emissions cuts.

In a judgment handed down late on Monday, Mr Justice Holgate said the strategy lacked any explanation or quantification of how the government’s plans would achieve the emissions target, and as such had failed to meet its obligations under Climate Change Act (CCA) 2008.

Environmental campaigners called the ruling, which came as the UK faced record-breaking temperatures, a “landmark” and “a breakthrough moment”, claiming it showed the net zero strategy was in breach of the CCA.

“We’re proud to have worked on this historic case,” said Katie de Kauwe, a lawyer with Friends of the Earth. “This landmark ruling is a huge victory for climate justice and government transparency.

“It shows that the Climate Change Act is a piece of legislation which has teeth, and can, if necessary, be enforced through our court system if the government does not comply with its legal duties.”

Sam Hunter Jones, senior lawyer at ClientEarth, said: “This decision is a breakthrough moment in the fight against climate delay and inaction. It forces the government to put in place climate plans that will actually address the crisis.”

Holgate’s judgment did not find for the claimants on all grounds. But he ordered the Department for Business, Energy and Industrial Strategy to prepare a report explaining how the policies outlined in the net zero strategy would contribute towards emissions reductions, and to present it to parliament by April 2023.

“The NZS did not go below national and sector levels to look at the contributions to emissions reductions made by individual policies (or by interacting policies) where assessed as being quantifiable,” Holgate said. “In my judgment it ought to have done so in order to comply with the language and statutory purposes of s.14 of the CCA 2008.”

Holgate also found that Greg Hands, the energy minister, signed off the net zero strategy despite not having the legally required information on how carbon budgets would be met.

The net zero strategy, published in October, included commitments to end the sales of new fossil fuel cars by 2030 and gas boilers by 2035. But it did not spell out how the strategy would be delivered or specify the cuts in emissions to be achieved in each sector.