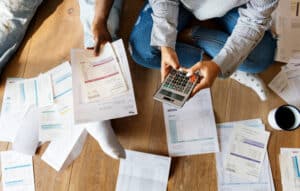 Morses Club has signalled that it could cut compensation payouts to borrowers after it became the latest sub-prime lender to warn that its future is threatened by customer complaints over mis-sold loans.

Provident Financial and Amigo have already caused controversy by using a legal process called a scheme of arrangement to reduce the amount of redress they pay to borrowers who were issued with high-interest loans that they could not afford.

Morses revealed yesterday that it was also hoping to use a scheme — which would allow it to set a deadline for borrowers to submit claims — to draw a line under its compensation crisis.

The London-listed lender to people with weak credit histories gave no details. While it could use its scheme to buy time to pay out redress in full over a number of years, it also could follow Amigo and Provident and use the process to reduce its compensation bill.

Sara Williams, who runs the Debt Camel advice blog, said: “The history is that these schemes do cut refunds significantly.”

The company told investors that without a scheme its survival may be in doubt: “Whilst the directors consider that Morses Club has adequate liquidity for the immediate future, they believe that without a potential scheme the level of redress claims could jeopardise the group’s future.”

Any scheme of arrangement would require the backing of the Financial Conduct Authority, the City regulator, as well as Morses’ borrowers and the High Court. The lender said it would explore other options, but added that it was likely that alternative courses of action “would result in those with redress claims receiving considerably lower amounts than they would under the scheme”.

The sub-prime lending industry has been hit by a surge in compensation requests in recent years for mis-selling. Morses has not disclosed how many compensation claims it has received. However, the scale of the problem it faces is clear from the provision it has made for complaints. This stood at £2.4 million in Morses’ half-year results, but it said yesterday it would take an additional provision of about £45 million in its full-year figures.

It warned that its adjusted pre-tax profits for the year to February 26 were likely to be 30 per cent to 40 per cent lower than expectations and it forecast a loss in its 2023 financial year. The barrage of bad news sent its shares down down 42.3 per cent, or 3½p, to 5p.