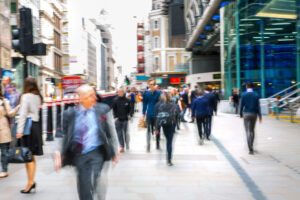 The UK’s Insolvency Service has begun using new powers, given to it last December, to crack down on company directors that dissolve their firms to avoid making repayments on government backed loans.

In all three cases, individuals were struck off for dissolving their companies in order to avoid paying back money given to them via the government’s Bounce Back loan scheme, which offered small and medium businesses loans of up to £50,000.

The bans come after the UK government in December handed the Insolvency Service new powers last December to tackle company directors that fold their firms instead of paying back government backed loans.

The new powers give the Insolvency Service the right to ban individuals that dissolve companies in order to avoid paying back government backed loans, from acting as company directors for up to 15 years.

“We have been clear that we will not tolerate those who seek to defraud the taxpayer, which is why we introduced tough new powers which have allowed the Insolvency Service to disqualify three directors for dissolving their companies, to avoid repaying their bounce back loans,” Lord Callanan said.

The sanctions come as part of a wider crackdown on those who abused the UK government’s pandemic support packages, by claiming false furlough payments and defrauding the government’s Covid support loans.

“The government provided unprecedented support to businesses to help them through the pandemic, but unfortunately a minority of people abused this support for personal gain,” Lord Callanan said.