Shoppers falling behind after turning to ‘buy now, pay later’ 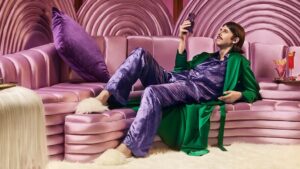 More shoppers are using “buy now, pay later” deals and the number of missed repayments has quadrupled in a year.

By the middle of last month more than £5.6 billion had been spent using delayed payment services this year, at an average of nearly £400 per person, a study has found. Last year it took shoppers until October to spend the same amount.

So far this year 41 per cent of customers have missed at least one repayment, up from 11 per cent last year.

Buy now, pay later lenders offer online shoppers short-term loans at the checkout to allow them to pay for goods in instalments using interest-free credit. The provider funds the loan through fees from retailers, which sign up because they generate more sales.

The study by Credit Karma, a credit reference service, said that the cost of living crisis was driving people to use the services, with more than half of buy now, pay later customers admitting to increasing the amount they borrowed to keep up with inflation.

Two thirds expected to have to spend more on essentials such as food and energy over the summer as inflation eats into their budgets.

The research, which analysed transactions from 122,000 customers who signed up to OpenBanking — allowing payment or other financial services to see information such as their transactions history — also found that many people were now using buy now, pay later instead of overdrafts. Regular overdraft use had dropped from 37 per cent to 29 per cent of consumers.

Borrowing on an overdraft can be expensive compared with buy now, pay later. Most banks charge 39.9 per cent annual interest on overdrafts although many have interest-free buffer zones.

However, some buy now, pay later providers charge late fees, making them cheaper only if the customer manages their repayments well. Clearpay and Laybuy charge a late fee of £6 although Klarna does not.

Buy now, pay later is an unregulated form of borrowing. The Financial Conduct Authority is to start regulating providers next year.

Ziad El Baba, of Credit Karma, said: “Until buy now, pay later is fully regulated and incorporated into all credit reporting, consumers should be aware they won’t be recognised as credit-responsible for using these methods of borrowing, as they are for using overdrafts and credit cards. Our research has also shown that consumers can sometimes lose track of what they owe or miss payments.”

Meanwhile, MPs have warned that millions of households will need more cash from the government to prevent them falling into hardship as energy bills soar to more than £3,200 a year this winter.

A £21 billion support package that was pledged by ministers in May will be “eclipsed by the scale and longevity of the price increases” that are now expected, the business, energy and industrial strategy select committee said. Darren Jones, the committee’s chairman, said that “to prevent millions from dropping into unmanageable debt it’s imperative that the support package is updated and implemented before October”, when energy bills are predicted to increase by 65 per cent.

In their wide-ranging report the MPs described Ofgem as incompetent and negligent for weak regulation that led to 29 suppliers failing over the past year, which could cost consumers £4.7 billion. They also called for an urgent home insulation scheme to help to cut bills over the longer term, and said the energy price cap must be rethought.

Soaring wholesale gas and electricity prices have pushed household energy bills to an average £1,971 a year from April, when the price cap on standard tariffs was last updated.

Households are “increasingly struggling to pay their energy bills”, and a record number of people are going without energy because they cannot afford to top up prepayment meters, the MPs said. “With the price cap expected to rise to well over £3,000 this winter, the worst is yet to come,” they warned.

The support package announced in May included a £400 rebate for every customer plus £650 for eight million households on some benefits.