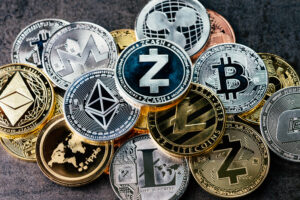 MPs are set to scrutinise the Treasury’s plans to make the UK the “global home of crypto” in a fresh inquiry into the wider crypto and digital assets sector, launched today.

The Crypto and Digital Assets All Party Parliamentary Group (APPG), chaired by Scottish National Party MP Lisa Cameron, announced the inquiry today and said it would examine a number of areas including regulation of the space and plans announced by the Treasury to make the UK the “global home of crypto investment.”

In April, then-City Minister John Glen revealed the Treasury’s intention to make the UK a hub for crypto firms to set up shop, alongside plans to bring stablecoins into the UK’s regulatory framework as a payments tool.

But the market has since cratered in a so-called ‘crypto winter’, with more than $2tn dollars wiped from its cumulative value and coins including Terra Luna – once one of the ten most valuable currencies – shedding almost the entirety of their value.

Cameron said today the new inquiry would now examine the regulatory framework around crypto at “a crucial time for the sector” amid growing regulatory and consumer interest.

“As part of its inquiry the APPG will investigate the state of the UK crypto sector and recent concerns raised around financial crime and advertising,” she said.

“It will consider the growth of crypto over recent years and the need for regulators and Government to keep pace with the rapid advancements in innovation and technology, as well as considering whether enough is being done in terms of consumer protection.”

The UK’s top financial watchdog the Financial Conduct Authority has been ramping up its scrutiny of the space and tightening rules on advertising to stop crypto firms peddling fantastical returns and dangerous products to investors.

Central Bank Digital Currencies are alos set to come under the spotlight as the inquiry explores the role of the Bank of England in the wider crypto ecosystem. CBDCs have struggled to get political backing so far. With a house of Lord’s report describing them in January as a “solution in search of a problem”.

The inquiry is calling for written submissions until the 5th September.